Could these be the most popular dog names in 2020? 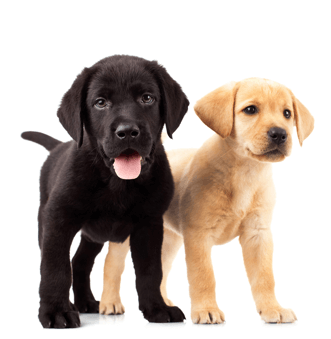 In 2018, popular Marvel movies resulted in 37% more dogs being named Iron Man and a 30% increase in dogs named Star Lord.

Dog data from dog chew brand, Tasty Bone, has revealed that almost one in five (19%) dogs were named after a film character in the last year. Marvel and DC characters are favoured amongst owners, with dog names such as Jarvis and Loki popular last year, as well as Harley, which could further surge in popularity next year after the release of Birds of Prey featuring the admired villain Harley Quinn.

The final instalment of the Avengers franchise smashed Box Office records in April and a new TV show about the villain Loki has just been announced by Marvel, which could mean a further increase in popularity for this name in 2020.

Luke also featured in the Tasty Bone database after another of the popular Star Wars films came out last year and, with The Rise of Skywalker scheduled to be released in December, the name is also likely to increase in popularity next year.

Disney inspired names are also very common, and Coco became the second most popular dog name in 2018, shortly after the film of the same name was released. Frozen 2 is set to hit screens in November and whilst Elsa charted at number 85 last year with 2% of dogs having the name, this is likely to increase next year.

Two per-cent of Tasty Bone customers have also named their dogs Simba, and the name Lady placed 47 in a popular dog name list last year. With the release of live action remakes of Lion King and Lady and the Tramp this year, it’s expected that even more owners will favour these names for their new pooch.

The Twilight craze led to Bella topping the pet name charts for both dogs and cats the year the final instalment was released. This is still the second most popular puppy name seven years later and owners have picked other names from the saga such as Jake and Jasper too.

Charlie was in the top 10 for the previous two years and, with the long-awaited release of Charlie’s Angels later this year, this name is expected to top the charts once again.

Celebrities have also had a major influence on our dog names. The rise of Cardi B in 2018 led to three times more dogs being given the same name as the star and a total of one in seven dogs share their names with a celebrity. Millie Bobby Brown’s award-winning performance this year in Stranger Things is expected to bring pup name, Millie, back into the limelight – it was the 10th most popular dog name two years ago.

Maggie Smith’s return to the big screen as the much-loved Violet Crawley in Downton Abbey is sure to put this pet name back in the limelight, and help it make a comeback from the top 5 in 2015.

The predicted name trends for 2020 are:

Camille Ashforth, Brand Manager at Tasty Bone, said: “We collate lots of dogs names at Tasty Bone and it’s so interesting to look at the trends in names and the meanings behind them. Celebrities, film characters and cartoons are all very popular. We looked at the most exciting film releases over the next few months and early 2020 to predict what we think will be very popular names among potential dog owners – we hope our list also gives new dog owners some inspiration for their four-legged friend.”