Big Vs Little; does the size of a dog determine intelligence? 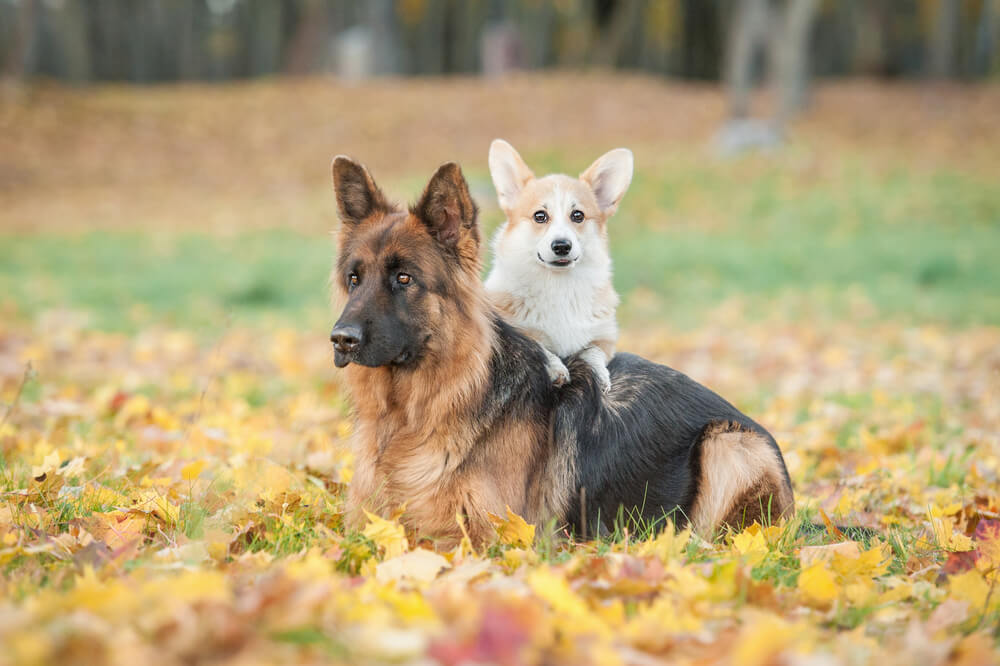 There’s a common assumption that bigger dogs are smarter than little dogs, but is this actually true? According to a study done in 2019 by the University of Arizona: ‘bigger dogs, with larger brains, perform better on certain measures of intelligence than their smaller canine counterparts’.

However, it’s important to note that when it comes to how clever a dog is, the dog’s breed plays a big part. Certain breeds are known to be more intelligent than others and consistently score higher when this intelligence is put to the test. Furthermore, there are some exceptionally clever small breeds that amaze their owners on a daily basis. Let’s also not forget that not all larger breeds are more intelligent by default.

With this in mind, we take a closer look at the most intelligent dogs, big and small, before we answer the age old question; does size really matter when it comes to a dog’s intelligence?

It probably comes as no surprise that Border Collies top the list of the smartest large dog breeds. Even though they’re technically medium-sized, they’re extremely motivated and hard-working, as well as being very responsive to training techniques. They are able to focus intently on the task at hand, which is why they have been used for herding sheep for generations!

As it turns out, Poodles are also exceptionally clever. They are very attentive and focused on their owners and consistently score high on intelligence tests. German Shepherds have also been used as working dogs due to their extraordinary brainpower and their strong, powerful bodies make them the ideal candidates for police or service dog roles. You can always count on a German Shepherd to be one of the smartest dogs in the room!

Just because they come in a little package, this doesn’t mean that small dogs have small brains! Papillons are extremely obedient and love learning new tasks. Miniature and toy Poodles also have the same intellectual attributes as the standard Poodle so it’s safe to say they have an excellent capacity for learning.

Welsh Corgis are statistically ranked the 11th brightest dog breed in the world (maybe why the queen loves them so much!) and Chihuahuas, despite their extremely small size, can often be surprisingly brainy. Don’t let their size fool you; smaller dogs certainly know what’s going on around them and can learn new tricks just like big dogs!

Ultimately, bigger dogs will always come out on top when it comes to intelligence. However, like people, dog intelligence is often dependent on the individual. Dogs are mysterious creatures that surprise us on a daily basis. No wonder we’re a nation of dog lovers!
Whether you have a big dog or a small dog, we’re willing to bet we have the perfect TastyBone for your furry companion. Shop online now!