5 Best Christmas Films to Watch with Your Dog 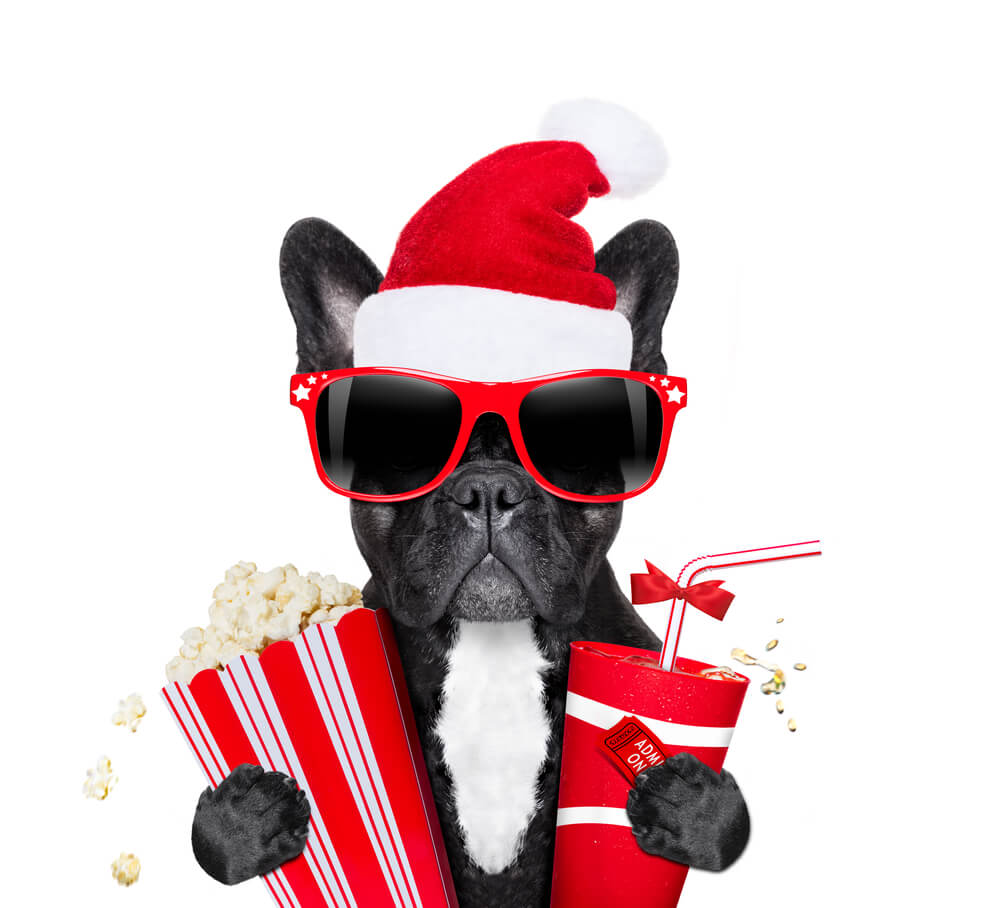 True Christmas lovers know that the best part of Christmas is a Christmas film marathon!

Yes, it’s finally that time of year where it’s finally acceptable to spend all day watching your favourite seasonal flicks. Whether it’s a classic like It’s a Wonderful Life or a new favourite like Arthur Christmas, there’s always time for a Christmas film. And seeing as you’ll be cuddling up on the sofa with your furbaby to binge your festive favourites, why not go for something that both hooman and pooch alike can enjoy? So here are a few of our dog ‘n’ Christmas favourites for you to enjoy.

How the Grinch Stole Christmas

A classic Dr Seuss tale, the Grinch’s loyal canine companion Max is a perfect example of how dogs are loyal to their humans to the end, as he sticks by his green owner’s side despite his actions. With classic moments and an ending guaranteed to melt even the coldest of hearts, this is a perfect film for you and your pooch to snuggle up together and enjoy. And if you’re planning on a day of films, you can start with the original animated classic from 1966, then move onto the Jim Carrey-starring live-action remake from 2000, and then finish with last year’s animation voiced by Benedict Cumberbatch.

One of the most well-known human and dog combos, Charlie Brown and his loyal friend Snoopy have been entertaining audiences and warming our hearts for decades. And even though Charlie and his friends are the main focus of this made-for-TV special, it’s Snoopy who regularly steals the show with his antics. He also wins a prize in a decorating contest for his doghouse, so if you’re looking for some inspiration for your decorating activities this year, this might be a good place to start.

The Nightmare Before Christmas

This iconic 1993 animation has created one of the longest-running and greatest debates of our time; is it a Halloween film or a Christmas film?

Luckily, this classic film is just as relevant to the festive season as it is the spooky season. While Jack Skellington attempts to put on his own version of Christmas, his loyal ghost pooch Zero shows the value dogs have to their owners as he helps Jack in all his festive endeavours. Fun fact: even though this is seen by many to be a Tim Burton film, he only helped write the script and didn’t direct it. The director is actually Henry Sellick.

Weren’t expecting this canine classic to be here were you? Yes, even though it’s rarely considered a Christmas flick, this iconic film begins and ends at Christmas, so we’re counting it. In terms of films your furry friend will love, you can’t do much better than this seminal Disney flick, filled with plenty of furry shenanigans as a rich American Cocker Spaniel and a streetwise mutt embark on a series of adventures together. For a double bill of doggo goodness, you can also check out the recently released live-action remake. This film also used shelter dogs in the cast, providing another feel-good tale for you and your dog.

Cinema’s most famous St. Bernard has dozens of films, so it was a guarantee that he would have a festive-themed adventure in his back catalogue somewhere. And sure enough, this film centres around Beethoven’s efforts to save Christmas by rescuing an elf who’s crash-landed in his town and help him recover Santa’s magic toy bag. And unlike his past films, Beethoven talks in this film… for some reason. There might not be a lot of logic to this seasonal favourite, but your furry friend will love seeing one of his canine brethren take centre stage for the festive season.