10 amazing dog traits you might not be aware of 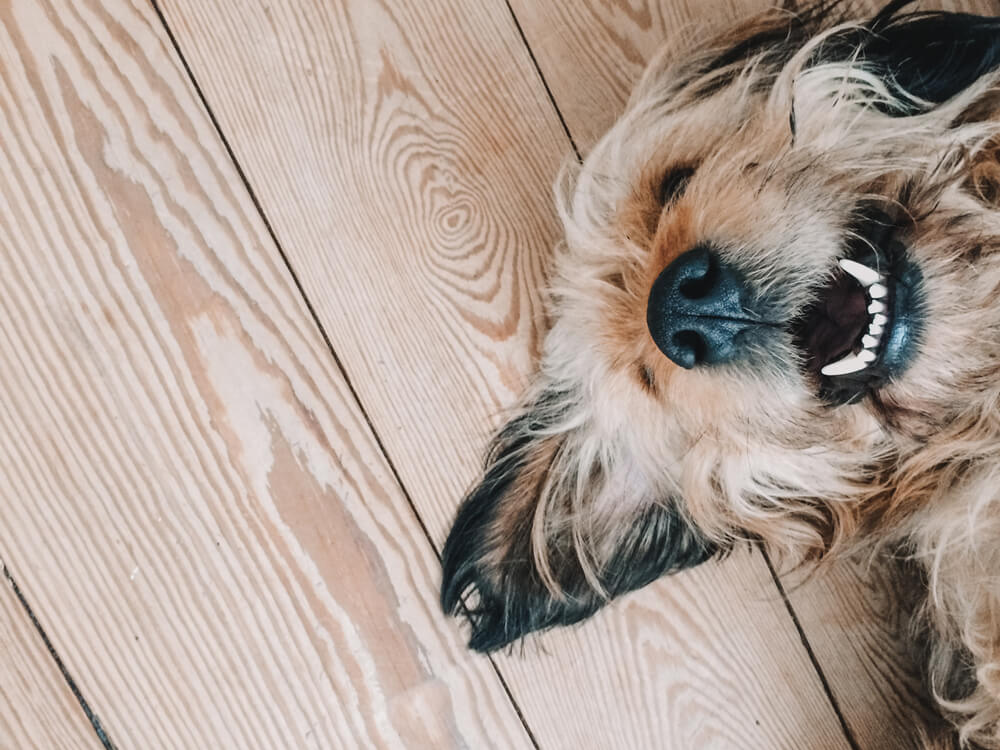 It goes without saying but dogs are a true gift to humans and make our lives better in so many ways. As well as being totally loveable and hilarious, they also have a range of amazing traits that you might not be aware of, even if you’ve been a dog owner for years. Read on for 10 amazing dog traits that just may surprise you:

1) They have their own internal clock

Does your dog seem to know when to expect you home from work? Does your fur baby hang around waiting for the postman in the minutes before they arrive? While dogs don’t understand the concept of time, that doesn’t mean that they don’t have a sense of when things happen and in what order. Thanks to their internal clock, dogs have an idea of their daily routines and what to expect.

You may have seen stories like this on the news or online and rolled your eyes. Guess what? Some dogs actually can detect cancer or other serious illnesses. Everyone knows that a dog’s sense of smell is great but did you know that it is at least 40 times better than ours? Because of this, dogs can actually be trained to sniff out different types of cancer based on the smell of a person’s breath. This includes breast cancer, melanoma and bladder cancer.

3) They can sense when someone is pregnant

So there might not be an official study to prove this yet, but based on numerous reports in the media and from dog owners across the globe, it seems that dogs are able to suss out when their owner is pregnant. Once again, this might also be linked to their exceptional sense of smell, but they may also notice changes in their owner’s mood and appearance. These changes can prompt your pup to become more protective and give their owner more attention than usual. Amazingly, a dog might also be able to hear a baby’s heartbeat whilst it’s still in the womb!

4) They’re as clever as a two-year-old child

It may be hard to believe, but scientists say that the most clever dog breeds are about as intelligent as a two-year-old human child. They have conducted numerous tests in regards to this and their findings are that dogs can count, recognise a variety of words, mimic behaviours and even see reason. Of course, not all dogs can do these things and this is really dependent on the breed but it’s still pretty amazing!

5) They can predict the weather

You’ve checked the weather forecast and you know a storm is coming, but somehow your dog seems to know too and for the life of you, you can’t figure out why. There are several theories: some researchers theorise that if a dog is exposed to sudden weather changes regularly, they can learn to anticipate these changes. Some believe that dogs can actually sense barometric pressure changes, alerting them that a change in weather is imminent. Who needs the weather forecast when you have your fur baby closeby?

6) They can see in the dark

Contrary to what our mothers told us when we were young, carrots don’t actually help us see in the dark. Human sight is quite limited when there isn’t much light but a dog’s eyesight is in a whole other league. Dogs have more rod cells than humans (which function better in lower light) and they also have a layer of eye tissue that humans lack called the tapetum lucidum. This reflects light into the retina and boosts dogs’ night vision. It also explains why dogs’ eyes seem to glow in the dark!

7) Dogs can be right or left pawed

The majority of people in the world are right-handed, with only about 10% of the world’s population being ‘lefties’. Just like humans, dogs can be right or left pawed. Unlike humans, they’re equally likely to favour their left or right paw and some dogs don’t seem to show any particular preference. Studies show that left pawed doggos come out on top when it comes to intelligence.

8) Dogs chew for a wide variety of reasons

You might think that when your dog decides to chew up your favourite pair of shoes, this is your punishment for a real or imagined transgression. In reality, dogs chew for various reasons. This may be due to anxiety, separation, boredom, a change of environment or to relieve teething pain (in puppies). TastyBone has an amazing range of delicious, indestructible chews for all those dogs out there that love a good gnaw.

9) Dogs can read our emotions

When you’re feeling down, is your dog always on hand with cuddles? When you’re feeling happy, does your pooch also seem to have a spring in their step? News just in; this is no coincidence. Dogs can read their owners emotions better than you think and your emotions can also influence their mood and behaviour.

In so many ways, dogs are just like us humans! They catch yawns just like we do and studies indicate that they can also tell the difference between a real and a fake yawn. Next time you’re home with your pooch, give it a try and watch as your dog copies your behaviour.

Want to keep up to date with TastyBone products and get expert advice on caring for your fur baby? Follow us on social today!